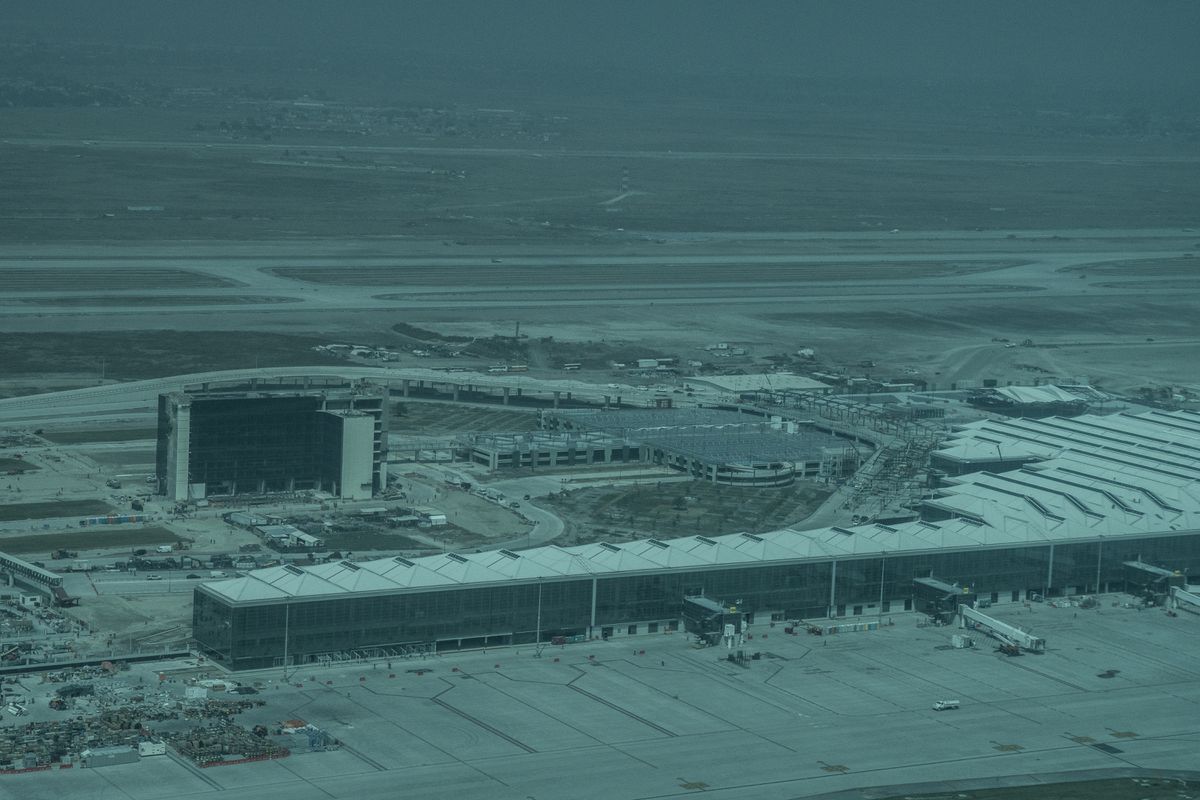 Mexico’s new airport, Felipe Ángeles International (AIFA), now has an opening date: March 21. The moment marks the culmination of the first large-scale project of the Mexican government, which invested $2.6 billion in the project. Against all odds, the airport was finished in two years and 10 months. The new facility is located in the municipality of Zumpango and is aimed at easing the air traffic to Mexico City, which is 45 kilometers away.

In early February, workers were still putting up the passenger terminal and building the pathways to get there. Others were laying down the ground markings on the runway. The visibility was poor, but the main elements of AIFA could be seen: a control tower, two runways for civilian flights and one for military operations, a terminal, a hotel, a parking station, a loading station and fuel tanks. Next to the facility is the Santa Lucía Air Force Base.

Operations at AIFA will kick off with eight national flights, with passengers from the cities of Monterrey, Guadalajara, Cancún and Tijuana (both arrivals and departures), as well as two international freight operations from the United States. AIFA’s job is to ease the pressure on Mexico City International Airport (AICM), which received 36 million passengers in 2021. In 2019, AICM had already exceeded the recommended security levels, with 50 million travelers recorded. The coronavirus pandemic and the suspension of Interjet operations in 2020 gave the airport some breathing space, but as activity returns to normal, pressure is inevitable.

To address this issue, the government of former Mexican president Enrique Peña Nieto announced the construction of a new airport in Texcoco, 25 kilometers from the capital, which was expected to cost $13 billion. But in 2018, when the work was 30% completed, the current Mexican president, Andrés Manuel López Obrador, pulled the plug and proposed the airport be built on part of the land that makes up the Santa Lucía Air Force Base. He wanted financing for the construction to come out of the national budget – instead of relying on debt – and he tasked the armed forces with building the airport.

Before AIFA, soldiers in Mexico had only ever built schools, hospitals and homes. The airport became the first in a series of large-scale construction projects to be undertaken by the armed forces. Away from the violence, the fight against drug trafficking and their other jobs, the soldiers – engineers and architects in army green – began building the airport on April 29, 2019. With nearly 30 days to the opening, the soldiers proudly declared the mission complete. “It seemed like a mission impossible, but it isn’t,” one of them said. The airport is named after Felipe Ángeles, a general in the 1910 Mexican Revolution, and will open on March 21, the birthday of esteemed Mexican leader Benito Juárez, the president who instituted the separation of Church and state.

The Mexican government created the company AIFA, SA de CA, which is run by the National Defense Department, and this body is in charge of the contracts with the providers of the terminal area. López Obrador is planning the armed forces to continue to play a key role in the airport, after its opening, describing the facility as “the institution of the institutions.” It will be up to the armed forces to manage the future extension of the terminal and the traffic of up to 80 million passengers.

But for Felipe Ángeles International Airport to offer international routes, the Mexican government must first hear back from the US Federal Aviation Administration (FAA). In May 2021, the FAA downgraded Mexico’s safety rating from Category 1 to Category 2, after an assessment found that the country’s aviation authority did not meet International Civil Aviation Organization (ICAO) safety standards. This has stopped Mexican airlines from opening new international routes to the US and operating codeshare flights with US airlines. Mexican airlines such as Viva Aerobús, Volaris and Aeroméxico, however, have already signed up to operate some national flights from the new airport.