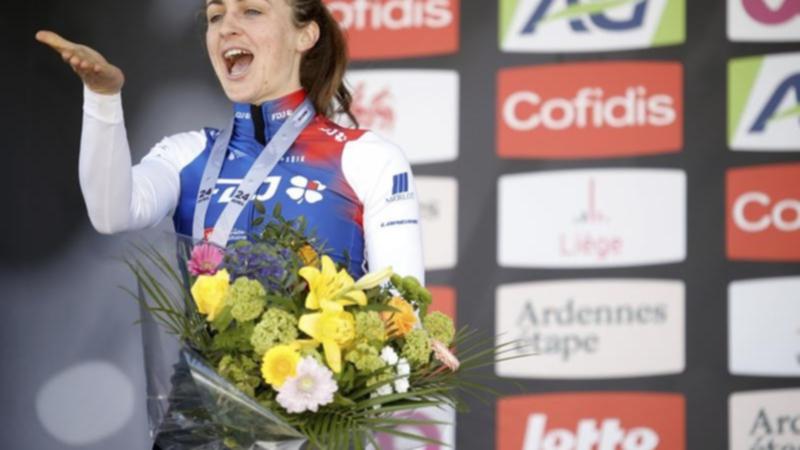 Australia’s top road cyclist Grace Brown has been pipped for victory in the prestigious Women’s Tour, losing agonisingly by just one second after a week-long, 720-kilometre slog on British roads.

Camperdown’s 29-year-old Brown, leading overnight but locked on the same time as Longo Borghini in the general classification, looked as if she could be heading for her first major stage-race victory when she picked up three bonus seconds for winning an intermediate sprint.

But Longho Borghini was rewarded for her attacking intent over the final kilometre, battling to snatch third place behind stage winner, Lorena Wiebes, which earned her the four-second bonus to snatch the one-second win after more than 19-and-a-quarter hours of riding over six days.

It was so close that even Brown’s FDJ Nouvelle-Aquitaine Futuroscope teammates thought she’d won after they crossed the line, only for the frustrating news to gradually make its way through the peloton.

It was an anti-climactic finale for Brown, who could only finish 12th on the stage as Trek Segafredo’s Longo Borghini added to her considerable list of triumphs.

But the Victorian was magnanimous in defeat, hailing the Italian for her “amazing” effort.

“I took the first intermediate sprint that put me three seconds ahead. We thought that we were pretty safe for the final as long as there were no gaps but it was really messy and Trek did an amazing lead-out to put Elisa in a really good position ahead of the corners,” said Brown.

“That had her there to sprint for third, which we really didn’t expect. Chapeau to her for an amazing sprint finish.”