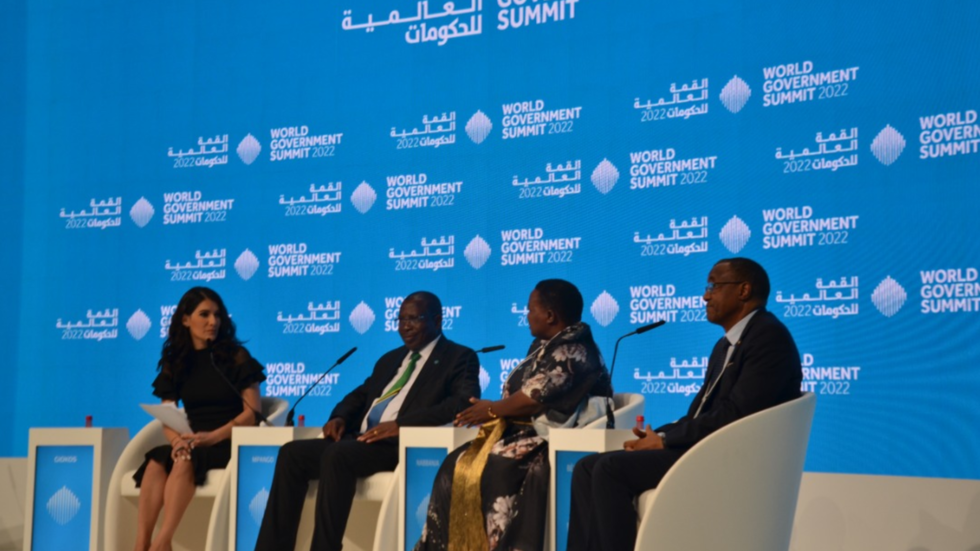 At Dubai conference, African leaders say they want to give diplomacy a chance in a changing world

Many African countries seek to remain neutral in the Russia-Ukraine conflict to give diplomacy a chance and focus on their own economic and political future in a world undergoing radical change, leaders from the continent said at a conference in the United Arab Emirates on Wednesday.

The US and its allies have been pressuring other countries to join their campaign of sanctions against Russia, having previously argued – concerning Ukraine – that sovereign nations have the right to freely choose their alliances, without being “bullied” by others.

“We abstained because we want the world to give diplomacy a chance,” Vice President Philip Mpango of Tanzania said at the World Government Summit in Dubai, according to The National, an Abu Dhabi daily.

Mpango was referring to his government’s vote at the UN General Assembly on March 2. The nonbinding resolution calling for Russia to withdraw from Ukraine was endorsed by 141 UN members, with five voting against and 35 abstentions – including 17 African countries.

Mpango said that the African continent is going through a “momentous time” and seeing “a transformation of trade routes from the established colonial ones to Africa doing more business with the eastern world.” This is an opportunity for the continent to make progress, by diversifying its culture and using technology to better interact with the world, he added.

“We are witnessing the shifting of tectonic plates, particularly with the rise of China and India on the global economic stage,” Mpango said.


The changing global circumstances are an opportunity for African nations to forge a new path for themselves, said Mohamed Beavogui, the prime minister of Guinea.

“We are at a crucial turning point as the world is in crisis,” said “For years people said don’t worry about war ‘it’s only in Africa’. Now it is in the middle of Europe and we are suddenly asked to choose,” he said in Dubai. “We want to see if it is possible to get people around a table to talk to each other.”

Africa has troubles of its own that require government attention, said Prime Minister Robinah Nabbanja of Uganda.

“We have more problems and abstaining is the way of diplomacy,” she said.

I joined a panel on “The Rise of Africa: Dynamics and Strategies” @WorldGovSummit in Dubai where I emphasized the opportunities of investment, a growing population,skilled labour force& need to access markets for our produce. The future of Africa is bright @OPMUganda@UgandaMFApic.twitter.com/MfJxRcVkzR

Earlier this week, Ugandan troops clashed with Rwanda-backed M23 rebels that crossed over from eastern Congo. As Congolese troops and the rebels fought, a UN peacekeeping mission helicopter went down in the area, killing all 8 officers on board.


That is not to say that the conflict between Moscow and Kiev is not affecting the continent. Much of Africa imports grain from both Russia and Ukraine, but the trade has been disrupted due to military operations as well as Western sanctions.

Moscow sent troops into Ukraine in late February, following a seven-year standoff over Kiev’s failure to implement the terms of the Minsk agreements and end the conflict with the breakaway regions of Donetsk and Lugansk. Russia ended up recognizing the two as independent states, at which point they asked for military aid.

Russia demands that Ukraine officially declare itself a neutral country that will never join the US-led NATO military bloc. Kiev insists the Russian offensive was completely unprovoked and has denied claims it was planning to retake the two Donbass republics by force.