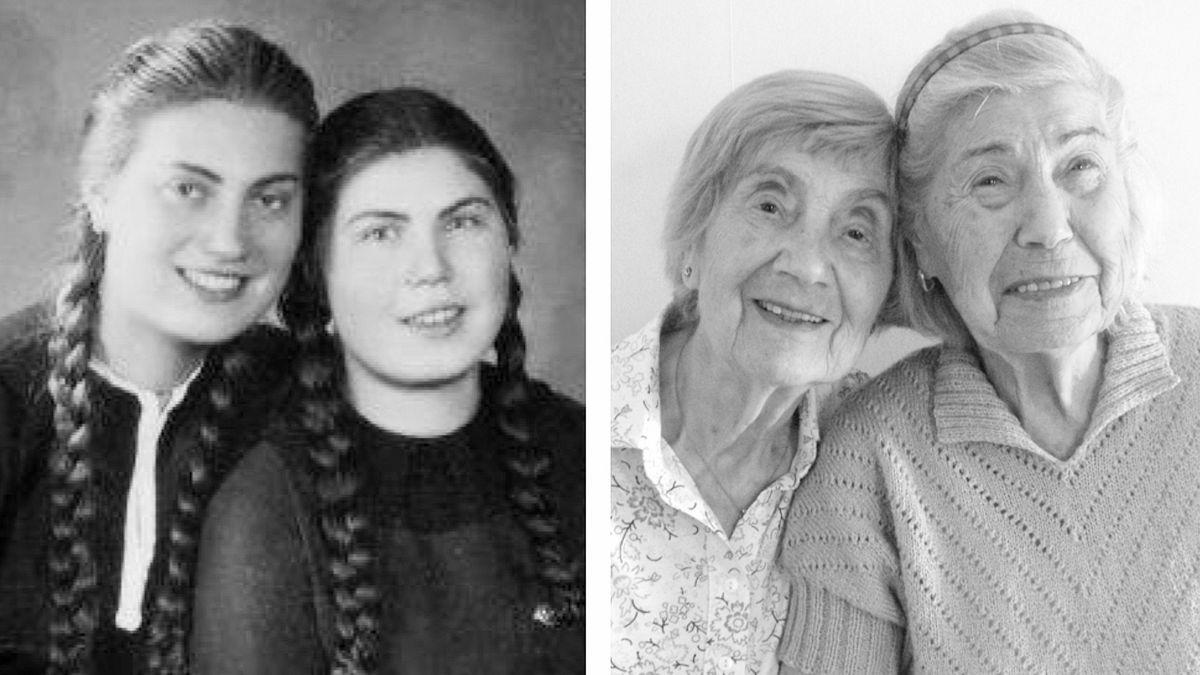 A haute couture sewing workshop in the heart of Auschwitz, made up of two dozen highly experienced sets of hands, among the best in their hometowns, some having worked for houses including Chanel. A workshop that produced patches and uniforms for SS women, but also dresses, coats, baby clothes, layettes and even trousseaus for the wives of high-ranking Nazis. A workshop whose workers sewed with threads, needles, fabrics and materials looted from deported and murdered Jews. A workshop that employed its slaves–many Czechoslovakians, but also Poles, Ukrainians, French and Germans–for 12 or 14 hours a day, every day, but through which, ironically, they managed to save their lives. The workshop is not a scene from a novel, but a real place that existed in the Auschwitz-Birkenau extermination camp for five years, about which the British Lucy Adlington speaks at length and profusely in her book, The Dressmakers of Auschwitz, recently published by Planet in Spain.

Adlington, a British novelist, made a name for herself in the publishing world thanks to the publication five years ago of The Red Ribbon. The fictional story spoke of a sewing workshop in Auschwitz, a story she had heard almost a decade ago. When she published the book, she began to receive messages from Israel, the United States and Central Europe. “They wrote to me: ‘My mother was a seamstress in Auschwitz, my aunt. We know the real ones.’ I became obsessed with it, and I saw that it was possible to research it,” she recounts in a video call with EL PAÍS, with the enthusiasm of a dedicated researcher finally bringing years of work to light.

“Everything in the book has sources, the dialogue, the scenes. I haven’t invented anything,” emphasizes Adlington. It was essential for her to stick to the true story, though the book reads as a novel and is written “for people who don’t normally read history.” “It was important to honor the truth,” reflects the author, who also acknowledges that she was often overwhelmed with emotion when writing, feeling “a cold fury” and “a great sense of responsibility.”

The Auschwitz workshop is a feminine and feminist story, of friendship and loyalty. The story recounts the crossed paths of the talented Marta Fuchs; the indomitable Hunya Storch; Irene Reichenberg, who lost her sisters one by one; the French women Marilou Colombain and Alida Delasalle; the young sisters Katka and Bracha Berkovic. They have all passed away, but Adlington met the latter before she died in 2021. She visited her in 2019 at her home in San Francisco, California to chat with her. “It was surreal,” she confesses. “I was there, in the kitchen of this woman who had made me chicken for dinner and an incredible apple pie, and who had spent 1,000 days in Auschwitz,” Adlington says of talking to one of the people she had been researching for years.

The book exudes feminism. On the one hand, Adlington wants to break taboos when it comes to telling stories about that half of humanity. “Everything in history revolves around men: books, statues, memories. We have to look at different sources, archaeology, newspapers. We must decode the lives of previously silenced women. In the past there has been a lot of focus on men’s work, but how did women impact it? It is very powerful. It doesn’t exclude men, but with women’s perspectives, we discover a lot. No one knew about this fashion house, and it tells us a lot,” she argues. Are there many stories left to tell? “Absolutely. We are breaking taboos around certain experiences, sexual violence, the role of pregnancy, motherhood. Every person has a story.”

The sewing room became a refuge for women, who arrived from doing harder work and never forgot that they were in a concentration camp under enemy scrutiny. There, they sewed garments so valued that their waiting list reached six months. It was all a contradiction: the Nazis refused even to let the Jews touch them, considered them minor beings and accused them of laziness, but they took advantage of their talents in exchange for a watery turnip soup and a chewy crust of bread with a piece of sausage. The seamstresses sewed for their executioners. They went days without seeing sunlight, housed in the same barracks where they worked, but at least they had a place to sleep with fewer lice and bedbugs—typhus plagues were fatal—than the others. “They were slaves, but they were the most privileged prisoners. That minority had the opportunity to be human,” she says.

Adlington also talks about the Hosses, the family that ruled the camp. Rudolf and Hedwig, with their garden full of roses, shared a wall with Auschwitz. She quotes a phrase from Katka Berkovic: “We were not human. We were dogs. They were our owners.” But they weren’t dogs. “They were a normal family, and they made some decisions. And they were the wrong ones,” she reflects on the conditions in which they enslaved the prisoners after taking everything they had. According to the author, in pre-Nazi Germany, 80% of the department stores belonged to Jewish businessmen, as was the case with half of the wholesale textile companies. Everything was “Arianized,” that is, expropriated to pass into non-Jewish hands.

She also mentions surviving brands that, at the time, were associated with Nazism: she speaks of Hugo Boss, C&A, the Triumph corset house, which, she cites, “resorted to Jewish slave labor, including children.” “Today, they are not guilty of their crimes,” says Adlington. “But they are morally obliged to recognize their brands’ responsibility. Many have not done so, but they have to be transparent. We have advanced, and it is relevant to the conversation.” In fact, without drawing comparisons to the atrocities of Auschwitz, Adlington focuses her eyes on textile today and tomorrow: “We know that there are people who work in forced, unhealthy, probably unsafe conditions, in long shifts. It is important to be alert. We are not perfect, but we do need to make conscious decisions. Because that should never have happened. And we can’t undo it.”

Most of those two-dozen seamstresses managed to leave the torture of Auschwitz. They remade their lives. And they stayed in touch. Many married other survivors. Some created their own sewing businesses, such as Ilona Hochfelder, who after making skirts for an SS officer managed to open the most prestigious bridal workshop in Leeds. Most of them had a hard time telling their children about their lives. It was not until the arrival of their grandchildren, more inquisitive and less frightened, that the oral tradition began. When Bracha finally spoke about those 1,000 days, she said, “I was in Auschwitz for 1,000 years. Every day I could have died 1,000 times.”