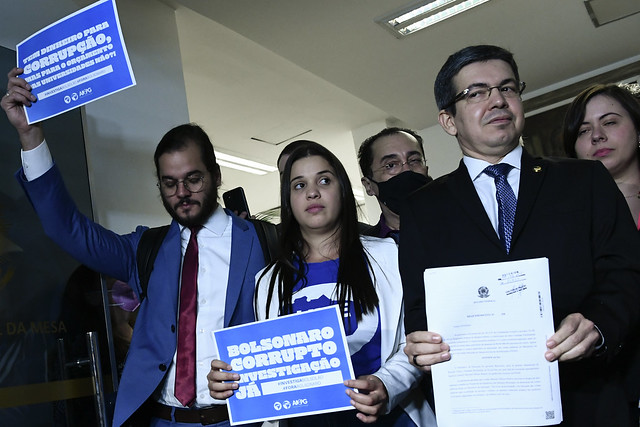 The opposition to Jair Bolsonaro has mustered enough signatures to open a congressional hearings committee to investigate corruption allegations within the Education Ministry.

Milton Ribeiro, the former head of the department, was recently arrested on suspicions that he took part in a kickback scheme involving evangelical preachers. The case could further damage President Jair Bolsonaro’s image before voters, with less than 100 days to go before Brazilians hit the polls.

And members of the opposition believe the president himself could face legal action, as evidence suggests he tipped off Mr. Ribeiro about an upcoming Federal Police operation.

Listen and subscribe to our podcast from your mobile device:

Do you have a suggestion for our next Explaining Brazil podcast? Drop us a line at [email protected]