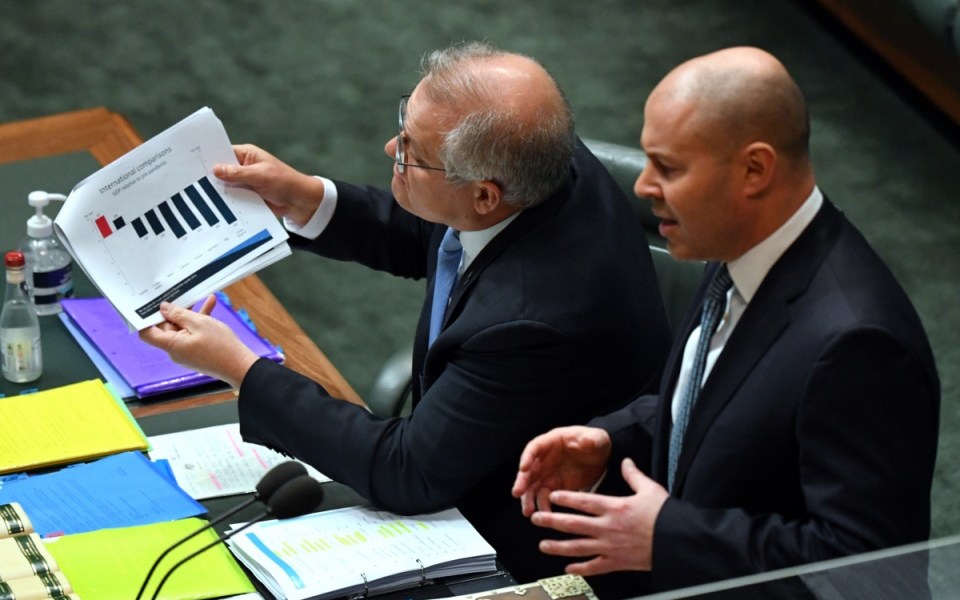 The government has attempted to marry two typically opposed ambitions in this week’s budget – a return to its reputation for fiscal discipline after the pandemic, but also to offer “immediate relief” to families struggling with living costs.

As much as any before it, this budget will be a political document.

Generosity is, as a rule, the defining feature of an election budget. But with the election likely to be called no more than weeks away from Tuesday, politics has weighed as heavily on the production of this budget as any before.

But now economics appears to be intruding more than usual.

Increasing the circulation of money in an economy – such as by handouts – only serves to increase inflation, which is currently running at 3.5 per cent in Australia, with some higher forecasts.

Treasury boffins are wryly remarking that by setting out to kill inflation the government is only worsening it and for seemingly no long-term payoff.

But politically, this is a wicked problem for a government seeking re-election.

Not doing anything on cost of living would be politically tin-eared. Doing something, many experts say, will only make the problems worse.

Some Liberal MPs, or at least those who believe they can still win the May election, even believe the Prime Minister’s rhetoric that budget day will be the first victory in a battle that shall lead the government to a famous victory.

Given the days of the old militant lockout secrecy are long gone, there has been no shortage of advance announcements and stories handed to obedient journalists to help us piece together a preliminary picture of what the government’s last-ditch effort looks like.

Defence of the nation

Many have already forgotten an expansion of childcare subsidies, announced by the government last year. They took effect in March and gave extra money to parents with more than two children in child care. But that did not stop Liberal Dominic Perrottet from arguing that the state Liberal government was better off to manage the issue.

Some announcements were too small for inclusion. Increasingly, others are released via local candidates’ social media pages, making them difficult to track.

We will give Labor the same treatment in the coming days.

Different observers have said that a successful electoral platform needs bold and sincere policy vision, while others favour a “catch all” approach, a party that appeals to most all interests and seeks to neither inspire or offends.

Will Tuesday’s final Coalition budget lend itself to an election reshaping narrative? We’ll soon find out.