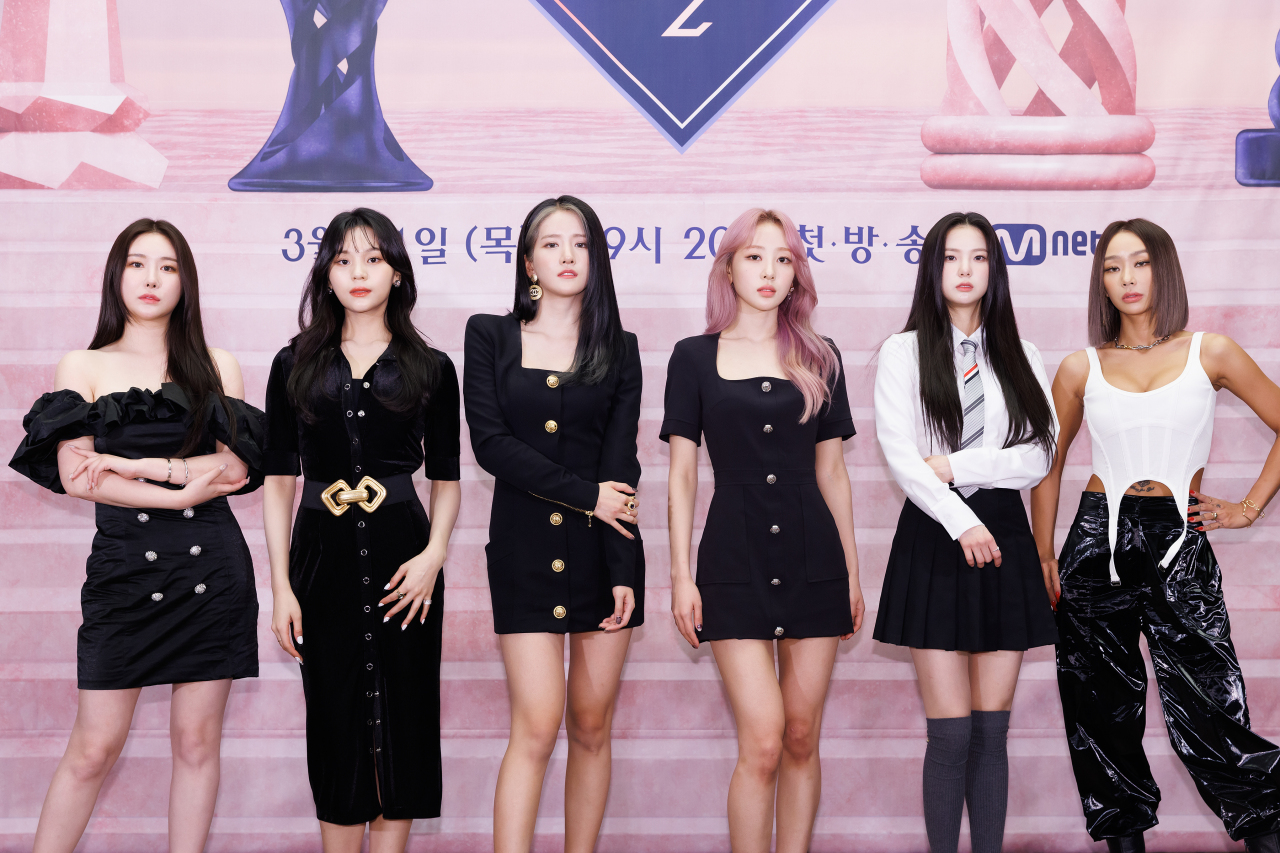 Mnet’s hit survival program “Queendom” is returning with a second season, featuring six high-profile female K-pop acts vying to take home the top honor, along with an opportunity to air its global comeback show through the cable channel.

The show will take on the same format as the previous season, which ended in October 2019, but this time also allows global fans to participate in the voting to pick their No. 1 “global queen.”

Viewers of the second season of “Queendom” will see six girl groups — WJSN, Brave Girls, Loona, Viviz, Kep1er and Hyolyn, formerly of now-defunct act Sistar — battle it out with their performances in each episode. The winner of the show gets to promote its new song in a separate global comeback show on Mnet.

“Fans around the world can participate in video voting and evaluate the contestants as a global evaluation group,” Park Chan-wook, the chief producer of the program, said during an online conference Wednesday. “Since K-pop fans around the world can watch the show through real-time streaming services, we’ve decided to introduce the system.”

Leaders of each girl group promised to show off their various hidden charms and talents to fans while battling it out on the show.

“Although we received much love with ‘Rollin’ last year, we haven’t shown much of ourselves besides the hit song since our debut. We want to show more of our charms through the show,” Brave Girls’ Minyoung said.

WJSW’s Exy vowed the group would go all out in showcasing each member’s talents through the survival program, while Loona’s Yves hoped to appeal to local fans through the show. The 12-member act is much more popular overseas than at home.

Hyolyn said the survival show is an opportunity to show the audience that she has poured her heart and soul into her work as a solo artist and worked hard on improving herself. Both Viviz’s Umji and Kep1er’s Yujin said they will show the rookie groups’ talents and passion.

Taeyeon of Girls’ Generation and comedian Lee Yong-jin will host the program’s second season as the “grandmaster” and “queen manager,” respectively.

“It is an honor to host such a great survival race, where the best K-pop girl groups will gather to put on the most legendary performances,” Taeyeon said, while advising contestants show their sincere performances on stage since their music is what connects fans across the globe.

“The key point to watch for the second season of ‘Queendom’ will be artists’ sincerity, feelings and messages to showcase wonderful performances rather than technologies that will be featured to decorate their stages,” Lee Yeon-kyu, the producer of the program said. “We’ll do our best to show the six teams’ splendid four-minute-long performances that were made through considerable effort and time.”

“Queendom” is set to return with the first episode of the new season at 9:20 p.m. on Thursday.